Western NSW children are amongst the most prepared in the country to combat vaccine-preventable diseases.

According to the latest Australian Immunisation Register Coverage Report, immunisation rates in Western NSW are remaining amongst the very best anywhere in the nation.

For the seventh-straight reporting period, Western NSW has the highest rates of immunisation in children aged 60 to 63 months in Australia, at 97.32%.

Immunisation rates in Aboriginal children have continued to be successful across the region, having the second-highest rates for children aged 60 to 63 months of the nation at 98.78%.

Rates in Aboriginal children aged 12 to 15 months and 24 to 27 months have also remained strong in comparison with previous reporting periods, at 95.19% and 91.41% respectively.

“It’s wonderful news that our region’s children are getting such a vitally important start to their lives, and these results are testament to the brilliant work of the region’s immunisation providers as well as the Local Health Districts’ Aboriginal Health Immunisation Officers. I’m also proud of the work of the WNSW PHN in ensuring this latest data’s validity and precision.”

“However, while the region’s results are above the national averages, and above the aspirational goal of 95% in most instances, we will continue to work with the region’s health professionals and parents to ensure we can continue to grow immunisation rates to be as high as achievable, and continue to give our kids the best chances possible to combat vaccine-preventable diseases well into the future.”

The Australian Immunisation Register Coverage Report can be found on the Australian Government’s Department of Health website. 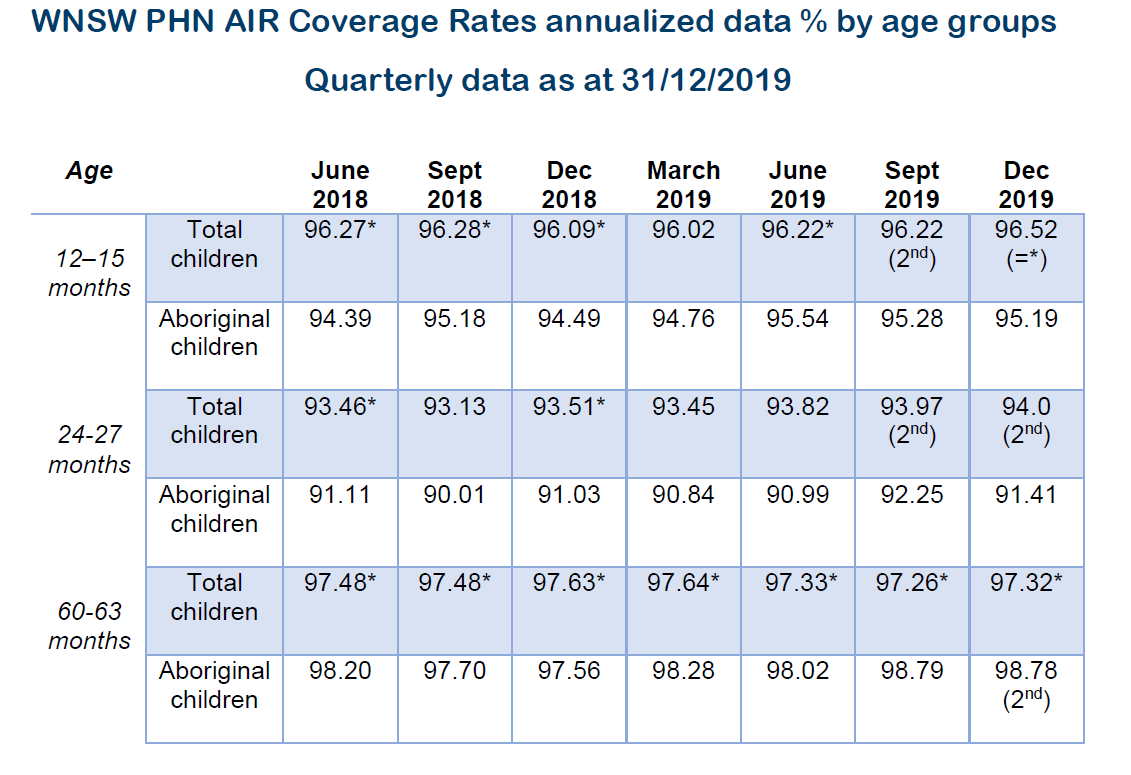 Previous Article Back to News Next Article